How Recruiters Can Use #FOMO to Hire More Untapped Talent 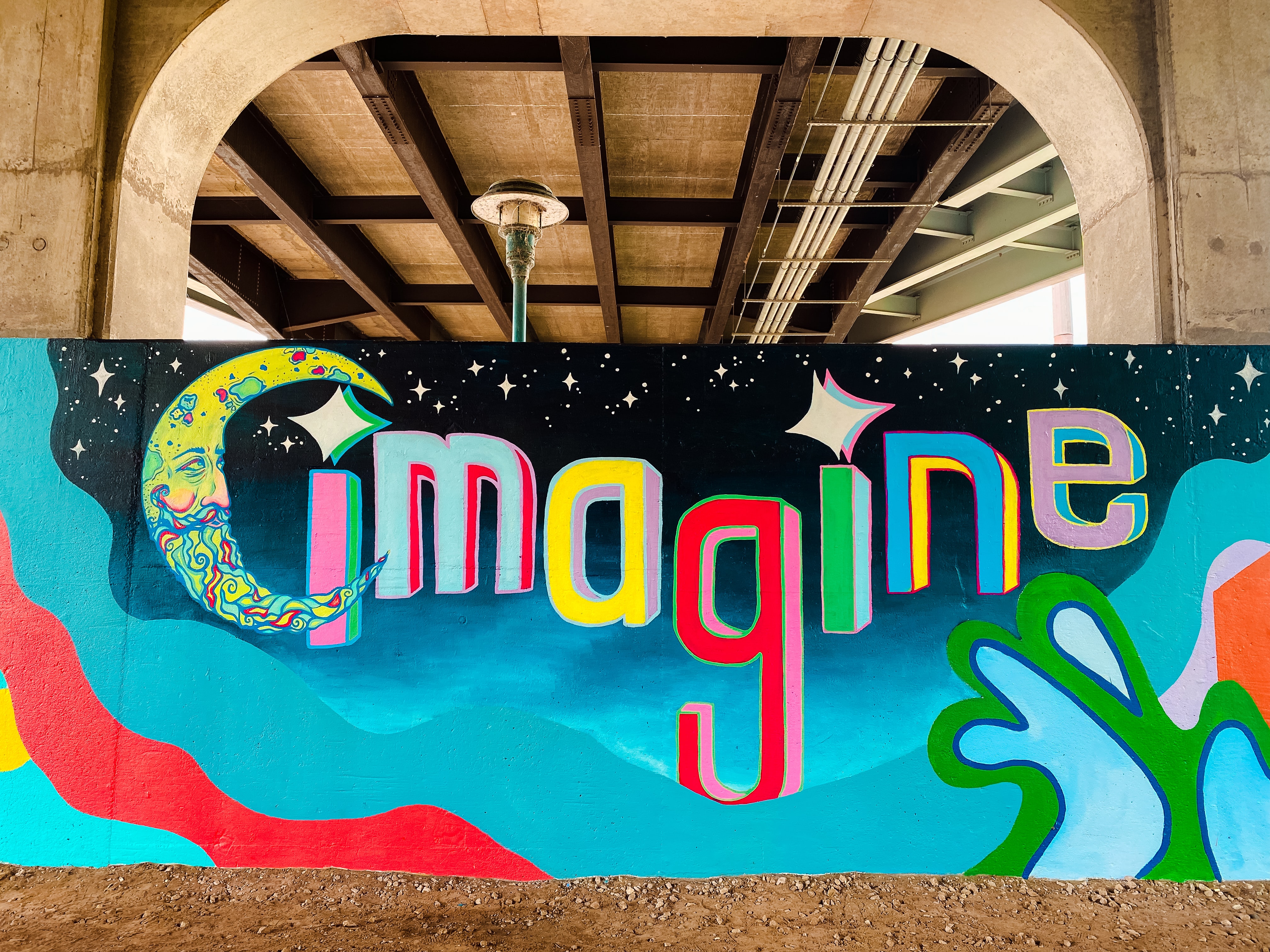 [This blog post first appeared on the LinkedIn Talent Blog in September 2021]
My latest LinkedIn Blog Post on a powerful way to frame up the WHY for diversity and influence hiring managers: Create more #FOMO.

As Talent Advisors, we can and should talk to HMs about diversity pre-sourcing. But our traditional framing of the WHY often misses out on something really important, and may actually harm our efforts, especially if we focus too much on compliance or use language that suggests we have to lower our hiring bar to hire great talent. By focusing on #FOMO, we change up the conversation and influence HMs to think about talent from under-represented groups as untapped, a source of amazing talent that we're missing out on.

Do you use some version of #FOMO when you talk to your hiring managers about target candidate profiles and sourcing targets? Please tell me more...I'd love to learn from you.

Framing is a million-dollar skill. People who are excellent influencers, especially talent pros, know how to expertly frame up problems and opportunities so that they speak to what the other person cares about most.

Influencing hiring teams to focus more attention on talent from underrepresented groups is usually framed up around social justice, innovation, culture add, legal issues/compliance, or equal opportunity/fairness. All are important reasons to focus more on diversity. But in my work with thousands of corporate recruiters and hiring managers, I rarely hear diversity framed around the talent we miss out on. So, here’s why the sentiments behind a popular hashtag, #FOMO (fear of missing out), could be instrumental in improving your DEI efforts.

I’m concerned that we as recruiters miss out on opportunities to change hiring manager mindsets when we don’t also talk about fear of missing out on great talent.

We can and should emphasize the false-negative risk a lot more. I want hiring managers to realize that they’re missing out on a ton of capable talent by overfocusing on university and company pedigree, credentials, years of experience, and job titles over skills. I want them to move away from affinity bias and confirmation bias and lead fair, objective interviewing and selection processes. I want them to see the incredible talent that they’ve been missing out on because of their focus on very narrow “ideal candidate profiles” with almost all must-have requirements. And I want them to approach hiring with a screen-in, not screen-out, mentality.

I was working with a talent acquisition leader who highlighted how they’ve been able to drive more conversations around missing out on great talent by bringing relevant, inside-the-company stories of successful hires who have lacked the perfect background.

Another talent acquisition leader smiled when we discussed pedigree biases. He had successfully moved his organization away from requiring degrees from certain schools and from specific majors. He had even gotten them to drop the degree requirement for many job families. He was almost rubbing his hands together with excitement as he shared details about all of the remarkable new talent he had been able to hire, talent that he knew his competitors wouldn’t touch. And these new hires were already achieving success at his company.

I talked to a hiring manager who told me he needed to widen his aperture — not lower his bar — to consider talent from businesses beyond his top three go-to tech companies, as he realized that he would never build the inclusive, diverse team he wanted by relying on only those three companies (especially because those three companies also struggled to hire talent from underrepresented groups).

I spoke with a diversity leader who is changing the language used to describe talent, from “underrepresented” groups to “untapped.”

“Untapped talent” frames up the false-negative risk and #FOMO beautifully. It focuses more on the supremely talented hires we’re missing out on — the underemployed who have the right skills but may not have been given a fair shot or just haven’t had access to big-scale, big-responsibility jobs in their past.

And we worked with a client who inserted a diversity champion into their interviewing and selection process, just to be sure that the hiring decision was based on objective evidence of skills and performance, not on biases, poorly defined “culture fit,” pedigree, or a desire to hire “sameness.” The diversity champions have kept their business focused on avoiding both false-positive and false-negative hiring decisions during their hiring debriefs. Like many companies, this client has a corporate culture that rewards speed. But, with this new focus, they’re actually experiencing an improvement in time to fill. It turns out, improving the quality of decisions leads to more confidence and faster decisions. Who knew? :)

What can we do? (Fortunately, lots)

Influence lives in the why, not in the what or the how. We still have to make the case for diversity to many hiring managers, and I suggest we add in a much bigger focus on #FOMO as part of the why.

First, while it’s nearly impossible to measure false-negative hiring decisions (missing out on great hires), it is important that you track a few of those candidates who your hiring manager passed on and who went on to find success in another part of your company or at another top-flight company. Did one of your candidates end up getting hired by one of the key target companies that you’re asked to source from all the time? If yes, circle back to the hiring manager to show them that you might have missed out on someone good. Highlight how your target people competitors are snatching up the very talent that you’re passing on. And remind them that these are the same companies that they want you to hire from.

Emphasize how many candidates you’ve sourced and screened who are very capable and possess the key skills needed to do the job but are nonetheless underemployed now or lack the specific company experience that has been traditionally sought. And then influence your hiring managers to talk to candidates from this pool while keeping a bigger focus on skills than pedigree. Then debrief with them right after their interview to talk through pros and cons. Challenge them if they talk about deal breakers that aren’t really deal breakers.

Talk about how widening your aperture and opening up your candidate profile substantially improves time to hire and expands the mix of talent, getting more culture-add and building a team that better reflects your customers.

If you have hiring managers who are hyperfocused on sourcing only from specific companies and schools, refocus the conversation on the work that has to be done and the skills needed. Then generate new target companies and schools that produce people who can do that work and start assessing candidates for the skills they’ll need in the role.

One recruiter who used to work for me was remarkably resourceful at finding smaller-scale companies to recommend to hiring managers who were only interested in candidates with big tech or big banking or big consulting backgrounds. Another recruiter was adept at pushing back on degree requirements altogether. For many jobs, college degrees represent legacy requirements and don’t actually predict on-the-job-success.

Share stories of successful external hires and internal promotions that went to people who did not have the perfect pedigree but still performed well. Focus on the people who looked quite different on paper (resume/CV) than the “ideal” candidate, but ended up doing really well in the interview. And don’t just share these stories within talent acquisition — share them with your exec teams, DEI teams, HR business partners. Real stories complement and amplify your metrics. And we need to arm everyone with success stories they can use to shift mindsets so that hiring like this is not an exception but simply the new, better way of hiring.

Even if your company isn’t ready for a diverse slate requirement (I like “balanced slates” better as a label, by the way), start bringing in candidates who don’t tick every box but who you know have the skills and behaviors needed to do well. Then sell the candidate.

Don’t just route a few extra, fresh-looking resumes and expect the hiring manager to jump on them with the same enthusiasm as they would for ones that match their ideal candidate profile. Make the case that your candidate is highly capable. Proactively address concerns you know the hiring manager might have. Be the Talent Advisor who helps them hire great talent, quickly.

Final thought: Use #FOMO framing — and fire your team up about the possibilities in untapped talent

Do you use the #FOMO framing when talking to your hiring teams about diversity? Do you highlight stories of how much amazing talent we’re missing out on if we narrowly focus on just a few traditional profiles or sources? Do you think that we can positively impact both a candidate’s work life and our employer’s needs by building a culture and mindsets that see untapped and underemployed rather than just underrepresented?

John Vlastelica is a former corporate recruiting leader turned consultant. He and his team at Recruiting Toolbox are hired by world-class companies to help raise the bar on who they hire and how they hire. If you’re seeking more best practices, check out the free resources for recruiters at TalentAdvisor.com, on recruiting from underrepresented groups at WidenTheAperture.com, and for recruiting leaders at RecruitingLeadership.com.

To receive blog posts like this one straight in your inbox, subscribe to our newsletter.
Talent Advising, LinkedIn Talent Blog, Featured

Am I operating as a Talent Advisor?

5 Signals That You're Operating as a Talent Advisor