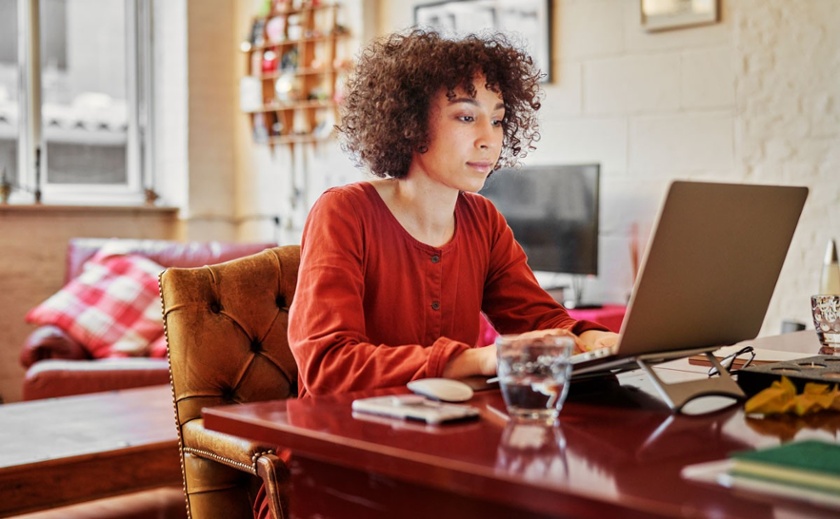 "Listen, I support diversity, but I gotta get this sales position filled asap — it’s killing me to have this territory uncovered.”

"I appreciate the value of diversity, really, but we’ve had years of success hiring against this profile. We know that people from [brand company, pedigreed school] do better here — they’re predictably good hires, and ramp up quickly.”

If you’re a recruiter, you’ve probably heard hiring managers share some version of these two statements before. They support diversity and they get the value, but they “still have a business/department to run and products to sell/ship,” so they’re open to diversity, but it’s not their #1 priority.

We’ve worked with thousands of hiring managers and corporate recruiters and during focus groups for our hiring manager, talent advisor, or diversity training, we hear this kind of feedback. Good people, who want to help, but also feel incredible pressure to hire quickly. Which means, we — as Talent Advisors — must do all the right things to ensure we’re:

And not only that — we must also look for opportunities to shift our internal culture, which can be a major barrier to diversity ROI, away from its 90%+ focus on SPEED and PREDICTABILITY.

I emphasize that these are internal factors. Neither of them are external — they are within our company’s control, and they largely stem from cultural norms that reinforce certain expectations and behaviors.

A culture focused primarily on speed can impact diversity ROI

In most companies, speed is the top priority. When we review metrics for corporate talent acquisition teams, we regularly see time to fill as the number one focus and most weighted metric by hiring managers.

In 2019, when I spoke at LinkedIn Talent Connect, I shared this funny little saying that’s been true my whole career.

“Speed is the love language of hiring managers”

But if speed is the primary focus of both recruiters and hiring managers, then anything that’s perceived to slow us down will be met with resistance. Even with good intentions, a lot of diversity efforts can fail because of the underlying pressure to fill roles quickly. And I get it — I’ve been a hiring manager, and by the time my req is approved, I’m probably already feeling incredible urgency to hire. Maybe the person I’m backfilling resigned three weeks ago, and this req took another three weeks to get approved — I may feel six weeks “behind” before I even meet with my recruiter to start the recruiting process.

I have hope, though. I interviewed a CHRO at a well-known tech company, and she shared something that made me reflect on how much of this is a cultural issue. It was a 45-minute conversation, but it essentially boiled down to this:

If a people manager in my company is leading a team that is so fragile that they can’t wait an extra 2, 3, 4 weeks to support something that is so critical to our company’s short and long term success — diversity and inclusion — then maybe they shouldn’t be a hiring manager at all.  But I don’t blame them — we run lean, and so we have some cultural and resourcing issues to deal with, internally, before we expect our managers to accept a slightly slower time to fill as a tradeoff worth making.

This really spoke to me — it highlighted how much of the root issue stems from deeper issues related to the pain of running so lean, of putting so much pressure on our teams to fill roles quickly.

So, what’s the solution?

Clearly we need to have some frank conversations across our exec leadership team about how we resource our teams, how we may be reinforcing speed over quality or speed over diversity, and how we need to communicate our commitment to diversity in a way that makes it ok for our reqs to experience a little longer time to fill in the short term.

I recall a Talent42 panel with diversity leaders from a bunch of tech companies, and Carmen Hudson on my team was facilitating a conversation about root issues, and, no surprise, the topic of speed as a blocker came up. One of the HR panelists — from a well-known company in Seattle — shared that when they moved to requiring diverse candidate slates, they did in fact experience longer time to fill (TTF). They significantly improved representation in key categories, but TTF worsened by nine days. That was the short-term investment and tradeoff that they made to address a much bigger inequity. So, did average TTF stay nine days longer forever? Nope. Just six months later, it returned to the pre-diverse slate requirement stage — those nine days disappeared. They just needed to develop some new muscles.

The second root issue that we need to address is around “predictability.” Relying too much on the historical, most predictable hiring profile feels like the easiest and fastest way to fill a req to most hiring managers. Hiring from just these companies, just these schools, or just these sources (especially employee referrals) feels predictable and familiar to many leaders (and recruiters, by the way, especially if they view the hiring manager as their customer). Many hiring managers trust the track record they’ve had of successfully hiring from specific sources, so when a recruiter suggests they consider a different profile or different sources, it feels riskier, and therefore gets more pushback.

I talked to a CEO-coach and board member earlier this year who laid out a really powerful observation that he’s seen play out over and over again in Silicon Valley culture:

“Middle managers are heavily motivated to minimize risk, not to take advantage of opportunity.  Differences are perceived as risky.”

Now, no one — especially me — is suggesting that hiring a [black engineering manager, latinx sales person, or female investment banker] is risky, or should take longer BECAUSE they are [black, latinx, a woman]. BUT, if the culture reinforces a norm of avoiding risk and walking familiar paths, and some people from underrepresented groups aren’t commonly found in those trusted companies and schools, then of course some hiring managers will go to the profiles that feel predictable, to the profiles that have worked out in the past, to “sameness.”

I spoke with the co-founder of a fin-tech company who highlighted the significant role-modeling she needed to do to shift the mindset of her management team (mostly men) when scaling up their teams.  She consciously targeted women for roles that had been traditionally filled by men. She wanted diversity on her team at all levels. And she recognized that to get her hiring managers hiring more women, she needed to lead by example.

So, she’d bring in candidates that didn’t all graduate with the same degrees from the same schools, who didn’t work at the same companies that all banking firms usually hired from (which were almost all men).  She diversified her sources and profiles, and then when the risks were called out in the interviewing debrief meeting by her traditionally-pedigreed interviewers, she talked about how she’d mitigate those risks, and ultimately took solid bets on people who were very capable (hard and soft skills matched, motivation to learn was strong).

In fact, she consciously moved away from a consensus-oriented hiring decision making model to one where she made the final call. This was a cultural shift for her and her team — consensus, up to this point, was how most decisions were made. But, she moved away from consensus to both widen the aperture to get talent that had been regularly overlooked AND to role model the kind of bets she wanted her leadership team to make. In the end, she shifted culture by pointing to successful hires her team had made that fit outside the “sameness” of past target candidate profiles. She made it culturally “safe” to hire differences.

What can I do to help us shift our underlying culture’s focus on speed and predictability?

I talk a lot about how many of our biggest challenges in talent acquisition are not external factors. In fact, they’re more likely related to our internal culture and internal practices — choices we make as company leaders and influencers have a much bigger impact on our success than what our competition is doing.

Many of the biggest barriers to diversity success are systemic — they exist across our company and are  embedded in our culture. They’re not caused by just one hiring manager, or a lack of a sourcing tool, or lack of budget to recruit from different schools. So when we’re operating as talent advisors, and are coaching our top business leaders on the barriers to success in diversity, it’s critical we bring up our culture’s hyper focus on speed and predictability in hiring.

If your leaders are genuinely committed to effecting systemic change, they’ll be open to a conversation about some short term tradeoffs and changes we may need to make to improve diversity and inclusion.

I’d start by looking at five things that will demonstratively shift your underlying culture:

Speed and predictability are connected. Predictable is what we know — it’s using the muscles we have already developed to find, interview, and select, so it’s faster. Developing new muscles to source, engage, and interview talent that doesn’t fit our sameness profiles takes time. But the ROI is there — and it’ll become our new-normal (and “fast”) if we identify and act on the cultural shifts that need to take place, so that we all develop these underdeveloped hiring muscles. Will those cultural shifts take months or years? Yep, sorry — nothing this challenging is quick to fix. But it very well could be the most strategic, long term, highest ROI work we do.